Behold the power of the mind, or lack there of…

So…I figure I will use my lack of mental fortitude today as a coaching opportunity.  First with a little insight into our office setting though.  Around the office everyone is fairly interested in what other coaches and staff are doing in their training.  Whether it is to learn something new, gain some motivation or maybe even poke fun of something “odd” someone is doing.  Well before the ride today I was asked by Coach Rebecca “what are you doing today? More Power Intervals?” My response was “Yes.” and Coach Jim responded with “What are you training for?”  It brought me to a realization that I haven’t really put together up until now.  I don’t really have any races on my calendar or major events that I want to do until ‘cross season but my training has been more consistent/structured than usual.  But the conclusion I came to was, I am REALLY enjoying riding right now.  I’ve found a renewed energy in the bike, I’m the most fit I have ever been and my power to weight is quite a bit higher than ever as well, which makes it more fun. 🙂  Love what you do and do what you love! 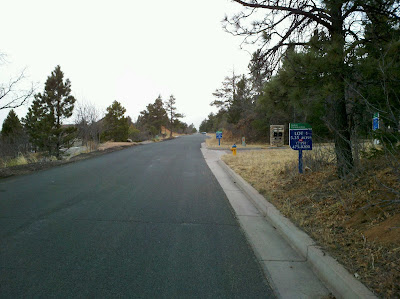 Now, on to the learning experience… So I am on day 3 of Power Intervals and as many of you have done I am doing a “peak and fade” type of interval where it is all out from the gate.  So on Wednesday I went out and did my first set and they turned out pretty good.  I went as hard as I could on each one and was definitely gasping by the end. 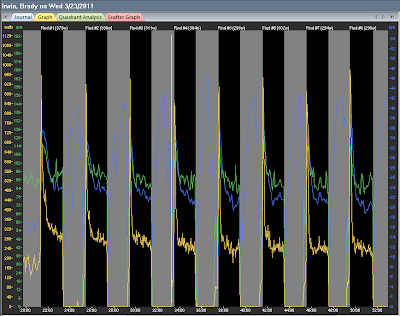 Thursday my power numbers were even better, which isn’t too out of the ordinary, and I continued to push myself to my limit for each interval.  My motivation was super high and I felt like I held nothing back on any interval. 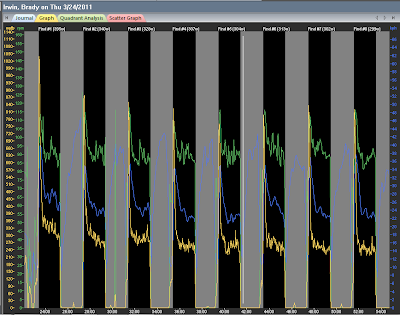 Today was going really well for the first through third intervals and then as you can see, looking below, I gave up on the fourth interval.  A big gust of wind came up as I got into it and mentally I talked myself out of the effort.  I was planning on quitting and as I rolled down the hill on my recovery I got angry and decided to give it another shot.  So, I went at it again with yet another mental debacle.  Beaten and batter I rolled down the hill again and got just past where I start each interval and then told myself “well, the third try is the charm right?” So I gave it one more shot and went in with the mind set that quitting was not an option.  It might not have been my prettiest effort but then again when are power intervals ever pretty?! I know this was mental because you can see my starting powers for both of the “failed” attempts were still high and my powers for the next 4 efforts were consistent to prior days efforts. 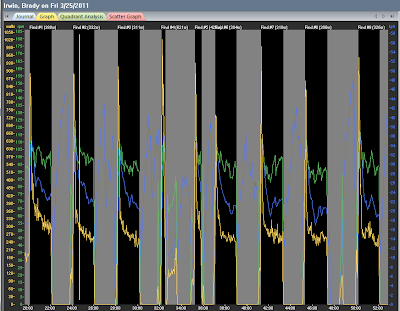 When things get tough and don’t always go your way we might have moments of mental lapse where we either want to quit or do quit.  The biggest thing is to regroup and come back and do it again.  We are all capable of much more than we give ourselves credit for but overcoming those hurdles can be very difficult.